Philosophy is the abstract theory about the nature of the universe and its developmental law as well as the relationship between thinking and being. Dialectics is the theory of the unity of opposites, the contradictory movements of things, and the universal connections and characteristics of them. In terms of properties, dialectics is part of and resides within the category of philosophy. It is like consciousness and thinking. Thinking is part of and resides within the category of consciousness. Speaking metaphorically, philosophy is the human body and dialectics are its eyes. Philosophy deals with the broad sense while dialectics deals with the narrow sense. Philosophy is general while dialectics is specific.

It is my opinion that philosophy is science and should be understood and reasoned with empirical evidence, without which it would not be logical, and that would in turn lead to wrong conclusions. For instance, both absolute idealism and absolute materialism are divorced from the unity of opposites and from religion, which emphasises more about idealism and ignores the value and meaning of real existence, and pragmatism which stresses more about existence itself, but less about its causes.

The theory system of Lifechanyuan is mainly based on empiricism, although I have previously expounded more about the teachings and instructions of Gods, Buddha, Celestial Beings, and Saints in human history as the core, which is somewhat empty for the faithless, and not only lack operability, but also lack the cognition of the scientific nature of the spatial-temporal universe, Life, and LIFE. It is like Lao Tzu’s descriptions of Tao: “An image of what existed before God”, “The Tao that can be discussed is not Absolute Tao”, “Evasive, elusive, yet latent within it, are forms. Dark and dim, yet latent within it is the life-force”, too specious to be understood by anyone who is not extremely wise.

How do we guide our Lives with philosophical dialectics?

and so on which I summed up conforms to dialectics in the philosophical sense and can guide Life. Now we will talk in detail about how to understand the world and how to guide our Lives with philosophical dialectics.

First, let us see the universal law of the unity of opposites in a philosophical sense. This law is to say that all things in the universe consist of pro and con factors which are opposite, incompatible, and contradictory as fire and water. But paradoxically, it is precisely this organic unity of contradictions that makes the world complex and colourful. Specifically, positive balances negative, light balances dark, true balances false, good balances evil, yin balances yang, male balances female, up balances down, the rise balances the fall, death balances life, the tangible balances the intangible, and so on. How can this analysis be significant to guide our Lives?

The law of the unity of opposites tells us that there is the physical world but also the spiritual, heaven but also hell, material structure but also the non-material, and the tangible human but also the intangible God. As such, our consciousness and thinking are not limited to our mortal Lives and will not be limited to the material world that we see. Our field of knowledge can expand to unlimited space and time, to the afterlife, to the nonmaterial world which we can neither see nor hear from our current place. What a remarkable leap of faith this is! Thus, as human beings, we should not only value the present, but also consider the future, not only pay attention to reality, but also consider nothingness, not only cherish life, but also pay attention to the afterlife.

Let us now look at the law of mutual change of quality and quantity in a dialectic sense. This law says that any change of quality must be based on an accumulation of quantity. When the accumulation of a quantity becomes saturated and passes a critical point, its quality or qualities will change. This law has immeasurable value and significance in guiding our Lives. From the law of the unity of opposites, we understand that while there are humans, there must be Gods. Since there are Gods, the existence of Celestial Beings and Buddha become reasonable. Humans, Gods, Buddha, and Celestial Beings are LIFE of different natures. People have human nature, Gods have divine nature, Celestial Beings have theirs, and Buddha has Buddhist nature. If human nature is to be sublimed to divine nature, there must be an accumulation of quantity and the accumulation must develop towards the divine nature. “A thousand miles can not be covered without an accumulation of steps and there will be no rivers or seas without the integration of small streams.” If one gradually accumulates a divine nature, then in accordance with the law of mutual change of quality and quantity, they will eventually become Godlike.

Based on the dialectic law of the negation of negation, we can conclude that, “New things must conquer old things”. “‘New things’ refers to those which are in line with objective law and posses strong vitality and broad developmental prospects. Old things are those that run counter to objective law and will die out”.

To determine whether a thing is new or old is to look at its nature, not its form or appearance.

For example, many new religions have sprung up like mushrooms with new forms and manifestations, but their natures are variations fermented in old nests, and they are not new at all.

Now let us look at the new methods, new measures, and new channels, with the aim of earning money across the globe, such as the transformation from traditional manufacturing industries to service and info-tek industries which appear new when seen from their form and appearance, but are still, essentially ways to make money. Thus, they are not new because the nature of their profit motive has remained the same. 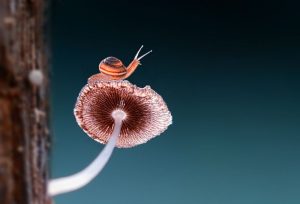 “As in the Yangtze River, the waves behind ride on the ones before, new generations excel the old.” This is a reflection and portrayal of the law of the negation of negation. From the phenomenon of the global rise of the divorce rate and the growing number of singles, we can surmise a law such that the family as a traditional production and life mode will be gradually replaced with a new form of production and life mode. This is an objective law which will not change by people’s subjective wills and will not stop advancing just because people resent it or rebel against it. This new mode is replacing the traditional production and life mode, is a new thing, and no force can prevent its development and growth once it happens. However, the growth and development of new things is bound to suffer and will have to overcome arduous and tortuous processes. When you invest yourself into the development of new things, you must be psychologically and spiritually prepared to suffer difficult times or the new things will eliminate you. The prospects of old things are dark but the prospects of new things are bright, so the farther you walk on the way of old things, the narrower it becomes, but the farther you walk on the way of new things, the wider it becomes.

It rises here but sets there. It increases here but decreases there. “Two extremes are connected but will go in different directions when pushed too far.” “The rise is sudden but so is the fall.” “Ill gain brings ill fate.” “Karma is the shadow following a body.” Extreme joy begets extreme sorrow but the depth of misfortune leads to bliss. All these conform to dialectics, so we have to remain alert and have confidence all the while. After we understand the universal law that positive and negative energies always balance out, we can deal with Life affairs skilfully and easily. We know that when we constantly give and contribute rather than take and consume, we will accumulate many treasures, but where? They are reserved in the afterlife or the nonmaterial world. Who will enjoy these treasures? No one can, other than the one who has accumulated them. Otherwise, the universal law that positive and negative energy always balance out would be violated. As it is a universal law, it is a necessary procedure. When you pay, you must receive. When you receive, you must pay. If you have given but have not received in the mortal world, then you will undoubtedly receive in your next life or in heaven. Otherwise, the universe would be unfair and untrue.

Everything has its destiny. The total energy in the universe is constant. This is consistent with the law of the conservation of energy (and of matter). In terms of philosophy, yin cannot exist without yang and yang cannot grow without yin. “Yin and yang are the law and order of the changes of all things”–Huangdi Neijing. As we know from the water on the earth, regardless of the surging rivers brought on by rainstorms or the lifeless droughts in deserts, its total volume remains constant. It is destiny. This is to say that the quantity of LIFE in the universe is constant. It increases here but decreases there. It rises here but falls there. Well then, where does the increase in human population come from? Are new Lives born out of thin air? People who have explored and studied anything about reincarnation know that human reincarnation happens several days before birth. Therefore, an embryo or fetus does not contain Life. It can only be called Life when a reincarnated soul enters into it. Thus, we know that a new Life will only be born when an old one passes on. There is no Life without death and no death without Life. That is it! In this case, we know that the increased Life on the earth must have come from somewhere. If a new Life is born, then an old one must have ended. If we analyse carefully, we may wonder about the many animals on the earth that have died. Where have they gone? Have they become human? Where will their LIVES go if the earth has a mass extinction in the future? Please refer to 36-Dimensional Space for the answers.

Philosophical dialectics can guide our Lives. We have just discussed how to guide our Lives by philosophy from the perspective of philosophy. This enlightenment is only the tip of the iceberg. You may draw general conclusions about other cases from specific ones. I hope that each one of you will lead a smart life and that you will have wonderful LIFE prospects.

The Three Great Treasures of Life

(Translated by Transn and Edited by Kaer)  People accumulate and process…

Eight Truths by which to Lead a Life

(Translated by Transn and edited by Kaer)  Living in this world,…

(Translated by Transn Ltd. and Edited by Kaer) Each year, hundreds…