1. The Greatest Creator is Unique and Exclusive​ 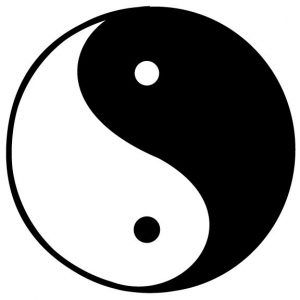 The unity of opposites is the magic key to understanding the Universe. All matter and patterns exist relative to each other. Without any one, no other can exist. Examples include Yin vs. Yang, positive vs. negative, interior vs. exterior, male vs. female, rigid vs. pliable, honor vs. disgrace, clockwise vs. counterclockwise, with vs. without, tangible vs. intangible, life vs. death, light vs. shade, dynamic vs. static, strong vs. weak, noble vs. humble, rich vs. poor, weal vs. woe, merit vs. fault, gain vs. loss, advance vs. retreat, pro vs. con, big vs. small, up vs. down, more vs. less, front vs. rear, true vs. false, good vs. bad, beauty vs. ugliness, fragrant vs. stench, mortal vs. immortal, Buddha vs. demon, fairy vs. ghost, material vs. psychic, heaven vs. hell, and fairy land vs. mortal world. They each rely on the other for their existence. Just as a sheet of paper has a front side and a back side, there would be no front side without the back side. The obverse side depends on the existence of the reverse side and vice versa.

According to the Holy Bible and the Koran, God Jesus and Allah are the creators of all existence. Undoubtedly, they are the Taiji in Chinese Taoism. Though they have different names, they are identical in nature.

2.  The Greatest Creator is Amorphous

The Greatest Creator is Taiji, the energy cluster with consciousness. The energy is amorphous and can take any form.

From the Albert Einstein’s relativity equation, E=MC², matter is formed by following the formula M=E/C², in which C represents the constant relativistic speed while E stands for varying amounts of energy. It means that energy is the only factor that forms matter. Without energy, there is no matter, which means no sun, moon, stars, stones, mountains, rivers, flowers, trees, birds, fish, animals, nor even people. When matter seems to disappear, it either changes its form or becomes energy, and because the total amount of energy in the Universe is constant, it neither increases nor decreases. So when a tree, an animal, a house, or a tank of gas is burned, does their substance no longer exist? The answer is no. They become transformed into other matter plus some energy.

A seed or an egg grows and takes shape by relying on energy. Nothing would exist without energy. Such is the basic principle of the birth of the Universe.

3. The Greatest Creator is Neutral​ 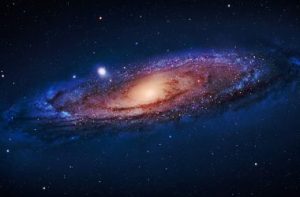 There are men and women and male and female animals and plants, so what of The Greatest Creator?

4.  The Greatest Creator is Mysterious All human movements, including speaking, eating, sleeping, studying, working, and loving are based on physical instinct and human consciousness and all of the Universe’s movements, including the movements of celestial bodies, the continuation of the order of galaxies, and the life and death of all beings within it are based on the laws of physical movements and the psychic energy and consciousness of the Greatest Creator.

the psychic energy of the Greatest Creator – the consciousness, thinking, laws, Tao, “blood”, and vital force – is non-material and is dark energy that is invisible, intangible, and can neither be explained nor understood.

Such non-material and dark energy perform their functions quietly and without evident appearance or symbols. Though it seems that non-matter and dark energy do not exist, they are actually objective existence, which is ubiquitous and strictly loyal to its nature at all times.

Why do human bodies age and die? What leads to aging and death? No scientists, biologists, politicians, or religionists can answer these questions, simply because the Greatest Creator is mysterious.

5.  The Greatest Creator is Impartial​

Since the Greatest Creator is unique, exclusive, amorphous, and neutral, it must also be impartial. Sunshine is impartial because it casts itself on all people. The earth’s air is breathed by both good and bad people. Water, which is vital for LIFE, is abundant at a very affordable price to everyone. So the Greatest Creator is fair and impartial.

If the Greatest Creator were biased and did not allocate the sunshine, air, and water this way, some people would control them just as they occupy the land and mines. How could the rest of us survive?

The Greatest Creator is also impartial because everyone dies. If the privileged could live for thousands of years or even for eternity, the poor would be hopeless. Thus, any thought or practice which hopes to give immortality to a certain fraction of the people is in conflict with the impartiality of the Greatest Creator and can never be realized.

All in all, the Greatest Creator is impartial.

6.  The Greatest Creator is Merciful

Knowing about the suffering that was experienced during World War II, some people have proclaimed that “The Greatest Creator is dead”, but this is slandering and desecrating the Name.

To understand the Greatest Creator with human emotions is drawing a conclusion with incomplete data. If we judge the features of the Greatest Creator through the perspectives of life and death or from the difficulty and poverty of people, it would be like appointing a rat to be the Grand Judge of the Supreme Court of the world. 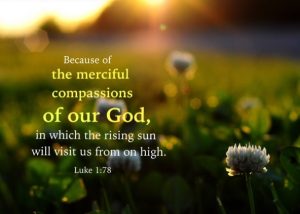 Some people who are “born with silver spoons in their mouths” do not have any virtues, but they obtain power and wealth with ease. They do a lot of immoral things in their lives but die peacefully in their old age and have splendid funerals. Can we judge that the Greatest Creator is biased for those people and against good ones? To understand the mercy of the Greatest Creator, we cannot use the right and wrong criteria of people. We have to make these judgments from the perspective of time-space, LIFE cycle, and the level of spiritual nature.

Now let me answer those three questions raised in the above paragraphs:

So the Greatest Creator is doing the same thing when imposing suffering on a good and honest person throughout their whole life because doing so is just to cultivate their virtues so that they will be qualified to enter the Thousand-year World.

Jesus said, “Blessed are the poor in spirit. Blessed are those who hunger and thirst for righteousness. Blessed are those who mourn.” Why? The Greatest Creator said, “for theirs is the kingdom of heaven”. Shakyamuni said, “The humble lives of living people are just to eliminate sins from past lives. Only in this way can they self-improve and reach the Supreme Wisdom.” The Celestial Being, Lao Tzu said, “Blessings are disguised as misfortunes” and “In order to take, one must first give.”

The Greatest Creator gives much consideration before imposing suffering and plight on good and honest people throughout their whole lives. To give lifelong fortune and happiness to a person sounds very attractive, but that person would really be over-consuming their blessings. The more you get, the more you will lose. Everyone knows that the higher one climbs, the more serious an injury they will suffer if the fall. Everything in the Universe follows the principle of the unity of opposites and in the end, your gains will equal your losses. The more you gain, the more you will lose and the less you gain, the less you will lose. An Indian religion advocates asceticism and it is not an ignorant practice. John D. Rockefeller, who earned wealth with oil mines, donated hundreds of million of dollars to charities and only kept a small part of his riches. He was not an old fool. The Kung Fu star, Jet LI donated his sponsorship income to the Temple, not because he had too much money to spend. They both understood what Tao is and they have possessed its wisdom.

7.  The Greatest Creator is Supremely Powerful​ 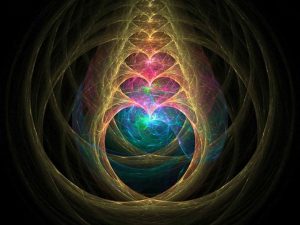 Energy itself has neither thought nor consciousness. The mammoth energy emitted by nuclear bomb explosions can kill both “bad people” and “good people”. It can destroy Kings’ palaces as well as thatched cottages, simply because the energy does not have consciousness.

8. The Greatest Creator is Intelligent​

The great wisdom of the Greatest Creator is shown in the following three aspects: For instance, the Asian, African, and European lineages of our species have the same nature and are compatible with each other, so their members can interbreed and produce viable offspring, however, since human, animal, and plant genes are not of the same kind but are incompatible with each other, they can not mate, and even if they were to attempt to do so, new LIFE would never be generated. Though oxen, sheep, dogs, cats, pigs, chickens, deer, rats, snakes, and otters are all animals, they cannot mate and reproduce because their genes are not of the same type and have different characteristics.

The great leader, Chairman Mao Zedong predicted the future development of more than twenty issues during his lifetime which later proved to be accurate. How? Because Mao Zedong had wisdom. Anyone who predicts future developments accurately is wise. The wiser they are, the more qualitative and quantitative will be the predictions that they give. Scientists are people of wisdom because they have created most of our inventions. Without wisdom, any activities would definitely become messy and disorderly.

Everything in the Universe is logical and governed by natural law, and has its destiny from start to finish. So the wiser one is, the more one knows about the mysteries of the Universe.

The Greatest Creator knows the past and future of everything, Gods and Devils know the movements and changes of many things, and the Buddha knows the past and futures of people. Confined by their genetic structures, human can never know everything. For instance, they can never know the last digit of π, or even whether it is cyclical or irrational.