1. The universe is the product of the consciousness of the Greatest Creator​

The original cosmic consciousness is Allah – Ancestor of Buddha, the Greatest Creator.

2. Everything comes into being through its creation​ In the beginning, the universe was Wuji and was void. With the being of the Greatest Creator, so began creation with consciousness and the creation of the first batch of LIFE – Gods, the sun, the moon, and the stars, and then the second batch LIFE – Angels (Super Celestial Beings). Then the Gods and Angels were asked to create all things based on a “blueprint” designed by the Greatest Creator. For all the LIFE we see on earth, not only people and animals, but even the grass and bacterial microorganisms come into being through His creation. We often observe that some LIFE seems to be of natural birth and can not see its creation process. In fact they are not formed by natural birth, but as the result of the operation of the reproduction program of LIFE. Understanding this is to take the Way of the Greatest Creator.

3. Everything Runs in the Consciousness of the Greatest Creator – the Tao

​The sunrise and sunset, the ebb and flow, the blooming and fading of flowers, the changing of seasons: who arranges and controls all these things? The answer is Tao. The intercourse of a man and woman gives birth to fertilized ovum which gradually develops in the womb of the mother to eventually form a complete human body with eyes, a nose, hair, hands, and feet. After nine months pregnancy and giving birth to a child, comes infancy, childhood, youth, adulthood, old age, deterioration, and death. Who arranges and controls this? The answer is also Tao. As long as we conduct mediations and read our revelations, we will find that everything in time and space is in the arrangement and control of Tao. Where does the Tao with the eight characteristics come from? We can ask the question this way. The normal operation of human society relies on the maintenance of constitutions, laws, rules and regulations. Where do they come from? Undoubtedly, they are developed by people.

4. You must give play to your nature and conform to nature​ A dog is to watch the house and guard the yard, a cat is to catch mice, and a mouse is to dig holes and steal and eat granary. Only when all things perform their own functions can the universe move in an orderly way, and only then can it meet the decree of the Greatest Creator. If things were to deviate from their natures, they would deviate from the Way of the Greatest Creator and would thus be punished by the Tao.

Take human for example. Human have to live and exist by human Nature. Were they to lose their human Nature, they would be bound to be punished. Likewise, expending or suppressing human nature is also deviating from the Way of the Greatest Creator. Let us say the Buddhist monks and nuns or the Christian priests and sisters have their innate human natures destroyed or suppressed. That would be a deviation from the Way of the Greatest Creator. Human eyes are to see, ears are to hear, and sexual organs are to procreate. If they were to be left unused, it would also be against the will of the Greatest Creator in creating them. 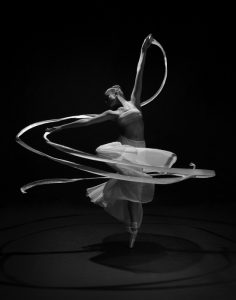 Roosters are created to crow, hens are created to lay eggs, and human are created to be active on the earth to please the Greatest Creator. If roosters refused to crow, hens refused to lay eggs, and human did not please the Greatest Creator, then what would be the use of the roosters, the hens, or the people? Chinese Taoists pursue magic powers and the arts, and that is not right. It is against the Way of the Greatest Creator. The things that are necessary for human’s survival and existence have been designed in structures of LIFE by the Greatest Creator, no more and no less. For instance, our eyes can only see chromatic images in the wavelengths between 400 and 700 nanometers and our hearing threshold is between 20 hertz and 20 kilohertz, and that is enough. Many Chinese practitioners work through the Du Meridian and Ren Meridian, the microcosmic and macrocosmic orbits, retreating, making plant seeds germinate from within the hands, opening the third eye, or self-refining to bring out the primordial spirit, and so on. All these practices are contrary to the Tao of nature, thus contrary to the Way of the Greatest Creator. Just as the rooster that wants to lay eggs instead of crowing or the hen that wants to crow instead of laying eggs, the results are predictable. So taking the Way of the Greatest Creator is to highlight innate natures and to follow them. “A clear-sighted mind is to perceive the natures and perceiving these natures is to attain Buddhahood.” One will never attain Buddhahood if they do not perceive natures and follow them. 6. Reality is the Portrayal of the Diverse Free Consciousness of LIFE

Consider that if you have loose bowels, you must have eaten rotten or spoiled food, and if you have a headache, you probably wore something unsuited for the weather or lacked sleep due to excessive thinking. Consider that if someone scolds you today, you might have hurt them in the past. Is that not so? If we trace the roots of our situations, pains, misfortunes, or even the disasters we encounter, they are all the results of our false consciousness and the defects in our soul. “Good will be blessed with good and evil will be cursed with evil. If it is not repaid now, that is only because its time has not yet come. Once the time comes, it will surely be repaid”. If you want to know what you have done in the past, look at your present situation; if you want to know your future situation, watch your present words and deeds. Your consciousness determines your life environment and your survival state. Like attracts like and identical frequencies resonate. If we are nice to LIFE and nature, LIFE and nature will be nice to us. “Divine punishments, though slow, are always sure.” “Misery and happiness have no doors – if either comes, one brings it upon themselves.” If we carry out the devil’s deeds, we will become devils and if we act like beasts, we will become beasts, but if we follow the example of Buddha, then we will attain Buddhahood. “When you approach the mountain you will learn the twitter of birds; when you approach the water you will understand the freely swimming fish.” Birds of a feather flock together and like begets like.

The Greatest Creator has bestowed certain free consciousness upon us. We make the choices of what to do and what not to do. All of us are responsible for our choices. Reality is the portrayal of various free consciousness of LIFE. We have neither heaven, the earth, society, nor others to blame. If something seems wrong, it is neither with the universe nor the world, but with you. If you do not understand this, your Life is confused. If you do understand this, your Life is one that is as clear as crystal. This is the Way of the Greatest Creator.

7.   Happiness, Joy, Freedom, and Blessing are the Themes of LIFE 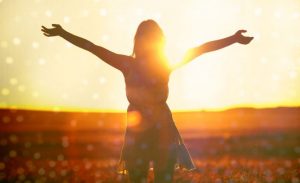 We see the blue sky and white clouds, the blossoming of all kinds of flowers and birds twittering cheerfully. These are designed to please our minds and bodies. I guess the adults reading this have enjoyed physical love ? How does that feel? Wonderful, right? The Greatest Creator designed organs and senses to let us enjoy life. These facts prove eloquently that the Greatest Creator loves us. The Greatest Creator is compassionate and wants us to lead happy, joyful, free, and blessed lives. Therefore, happiness, joy, freedom, and blessings are the themes of LIFE. Any human activities should be carried out and preceded tightly around attaining these attributes for everyone.

we do these things to achieve happy, joyful, free, and blessed lives, right? No matter what you do, regardless of your status, your identity, or your fame, as long as you possess them in your lifetime, you are on the Way of the Greatest Creator and your life is a successful and rewarding one. The universe is in the condition of joy. The purpose of the Greatest Creator, creating all these things, is but a game. Everything is but a game, only LIFE is real. One cannot be too attached to things and should not possess and occupy too much. Excessive attachment and too much possession and occupation will cause you to lose the true nature of LIFE,  make the game turn into the pain of fighting and killing, and turn a comedy into a tragedy.

It is not worthwhile. Life is but a dream, we need to experience lives to the fullest and live them that way. Play the game as much as you like. Enjoy it to the fullest if it is fun but give it up if it is not. Why are you so serious and so attached? Nothing is yours. The life stage is just a game. What can you keep after death? Only our consciousness is real!